It is not breaking news that we are living in turbulent times. Stock markets are in flux daily, businesses, clinics, and physiotherapy practices struggle to survive, and at the same time, the internet is truly starting to transform the way we do business. In times like these, the only certainties in life are death, taxes, AND a good crisis or two. And when we say crisis, we don’t mean in general – we mean with you. There has never been a more important time in our lives to step up and provide leadership in physiotherapy for our teams.

Luckily, Bill George (see bio at end of blog), drawing from his many years as a CEO and facing a crisis or two himself, has written the guidebook, 7 Lessons For Leading In Crisis, for handling them. You can also find his free study guide to this book.

In this short blog, here in ten minutes or less, are the 7 lessons to leading in a crisis.

If you'd like to see his recent video specifically relating to being a leader during the coronavirus pandemic, you can find his it at the end of this blog.

Lesson #1: Face Reality, Starting With Yourself

As the old joke goes, Denial is not only a river in Egypt. As Bill George found out early in his career, leaders often go into denial about the urgency and severity of the challenges they are facing.

So how do you cure yourself of the disease of denial? First, you have to personally acknowledge that you have a crisis on your hands. Got that one covered? Good. Now it’s time to convince everybody else to see it too. Only then can you take action!

But what if there is a crisis brewing, and you as the CEO don’t have visibility to it? Bill used to tell his employees at Medtronic that “You’ll never get fired for having a problem, but you will get fired for covering one up.”

No matter where a crisis originates in your organization, it’s imperative that you as the CEO take it on personally and admit where you went wrong. In doing so, you are creating an ownership culture instead of a blame culture; one in which your employees will feel free to explore where they could have done better.

Lesson #2: Get the World off Your shoulders

Tell me if this sounds familiar: you feel like Atlas (not the book, but the Greek Titan). You are carrying the weight of the world on your shoulders. The whole organization is depending on you and you aren’t sure you can pull it off. And the whole thing could collapse overnight. Sound familiar? Good – that means you are a leader. But let's be clear – it doesn’t have to be that way. Whatever your crisis is, there is absolutely no chance that you can solve it yourself!

That’s exactly the situation that Anne Mulcahy faced when she took the reigns of Xerox in 2000. Not only was the firm on the verge of bankruptcy, but she also lacked the financial expertise to solve the problem because she had spent her life in sales and marketing. Then, she did something remarkable; she found an advisor to help her with balance sheet management. AND she met with 100 of the companies' top executives and asked if they would stay with the company even though there were going to be rough times ahead. She was vulnerable, honest, and openly admitted her weaknesses.

Through that she found strength. The first two executives she met with said no. The next 98 said yes, and have helped her lead Xerox out of the mess it found itself in.

Lesson #3: Dig Deep for the Root Cause

You’ve admitted there’s a crisis, and you’ve got the world off of your shoulders. What’s next? Well, it's digging time! When you start digging for the cause of the problem, you’ll uncover all sorts of things. The tendency will be to believe that you’ve found the root cause before you have.

One of the things you can do to get to the root cause is to use the military motto “trust but verify”. Be like Terry Lundgren, the now-retired CEO of Macy’s. He just pops into stores unannounced and gets to see exactly what the customer sees.

At the end of the day, you are going to have to make a judgment call about whether you’ve reached the root cause or not. Bill says that “the only way to do so is to gather all your experts to analyze the problem and give them time to reach definitive conclusions”. Then it’s up to you to make the call.

Lesson #4: Get Ready for the Long Haul

Do you remember where you were when George W. Bush stood on the aircraft carrier Lincoln in a green flight suit and declared the war in Iraq was over in front of a giant “Mission Accomplished” sign? I don’t either, but it certainly highlights the danger of declaring a crisis over before it actually is. Whether you like it or not, as hard as it is to predict when a crisis will hit, it’s even harder to forecast when it will end. So, buckle in for the long haul.

In fact, the first time you feel the urge to declare that your crisis is over, remember that it will probably get worse from there, and your first and only concern at this point should be survival. Here’s where a paradox comes in.

First, as we all know, cash is king in any crisis. Nothing else even comes close. But it also happens to be the best time to reinvent yourself for when you come out on the other side. This is exactly what Andy Grove and Intel did when he convinced the company that they had to get out of memory chips and into microprocessors. Being able to do this is the mark of a leader that Roger Martin, Dean of the Rotman School of Business at the University of Toronto would call an “integrative thinker.”

In “The Prince”,  philosopher Niccolò Machiavelli advised his followers, “Never waste the opportunities offered by a good crisis.” The one name that always comes to mind when thinking about this topic is Jack Welch.

Welch, as you might remember, actually saw a crisis with a runway of about 10 years, and created a crisis in his company before the marketplace could do it for him. He made the famous decree that every GE business unit had to be #1 or #2 in the marketplace, or GE would divest the business. He earned the nickname “Neutron Jack” for his efforts (he eliminated 100,000 jobs), but he also turned a slow-moving and mature organization into a global player positioned for the future.

If there’s ever a time that your leadership position puts you in the spotlight, it’s when there’s a crisis. Every word you say is scrutinized and potentially lives forever on the Internet. Here’s what you need to do in order to come out roses.

For his efforts, he was shown the door from the company he founded by a board who felt he went too far. I think the lesson learned from this story is that we need more people on boards of directors who see the customer as the #1 priority in any business.

The last lesson is to go on the offence. The best way to go on offence is to invest during downturns. Of course, you need cash to be able to do this, so your first order of business is to prepare for the downturn before it hits. Keep some resources available in the “emergency fund”. While your competition will be figuring out how to survive, this will give you the time and space to do the following 7 things:

Check out Embodia's online healthcare course, Second Wave Preparedness for Clinic Owners by clicking on the big yellow button below:

In this course, Frank Benedetto, one of the most credentialed DPTs in the country, who built and sold a 7-figure business and launched a fully online platform for Combat Athletes a year before the world went digital in response to the quarantine, will give you everything he's learned from this experience and from his relentless pursuit of business education.

If you'd like some free content, here is an excellent video from Bill George for the business owner. If you have an hour, take a look at this:

Leading in the COVID-19 Crisis with Bill George 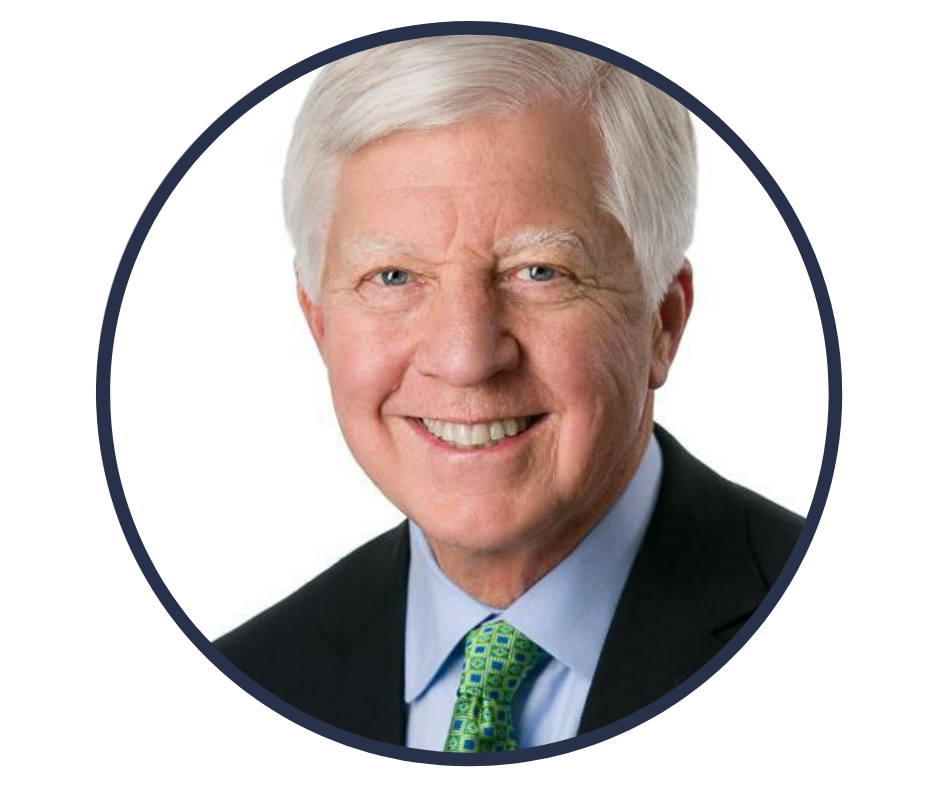 Mr. George is the former chairman and chief executive officer of Medtronic.  Earlier in his career, he was a senior executive with Honeywell and Litton Industries and served in the U.S. Department of Defense.

Mr. George has served on the boards of Goldman Sachs, ExxonMobil, Novartis, Target Corporation, and the World Economic Forum USA.  He recently concluded his term as a trustee of the Mayo Clinic, and has been board chair for Allina Health System, Abbott-Northwestern Hospital, United Way of the Greater Twin Cities, and Advamed.

In 2014, the Franklin Institute awarded him the Bower Award for Business Leadership.  He was elected to the National Academy of Engineering in 2012, and was named one of the “Top 25 Business Leaders of the Past 25 Years” by PBS; “Executive of the Year-2001” by the Academy of Management; and “Director of the Year-2001-02” by the National Association of Corporate Directors.  In 2018, Bill was presented with the Larry Foster Award for Integrity in Public Communication by the Arthur W. Page Center. Mr. George is a CNBC Contributor and makes frequent appearances on television and radio.