What Is Yin Yoga & How Can It Help Your Persistent Pain Patients
By: Nataliya Zlotnikov, HBSc, MSc

What Is Yin Yoga?

Yin Yoga is a slower-paced, more meditative version of the popular physical and spiritual discipline of yoga. In Yin Yoga, the poses are held for a long period of time (typically three to five minutes or longer). (Yogapedia, 2018).

You Can't Trick Me!

But wait, yoga is from India, yin/yang theory is from China. If you feel like there is a piece missing, you're right. We'll touch on this piece in our brief history segment below. But before we get there, let's touch on the basics of yin and yang.

A concept used within Taoism, yin and yang are two complementary opposites, two halves of a whole that encompass everything in the universe. When something is whole, by definition, it’s unchanging and complete. When split, both halves always chase each other as they seek a new balance with each other. (Personal Tao, 2021).

Amongst many other things, yang exemplifies activity and energy while yin exemplifies rest and stillness.

At the end of today's blog, we have a brief-ish history of yoga. In case you are not in the mood for that, here is the Cole's Notes version: 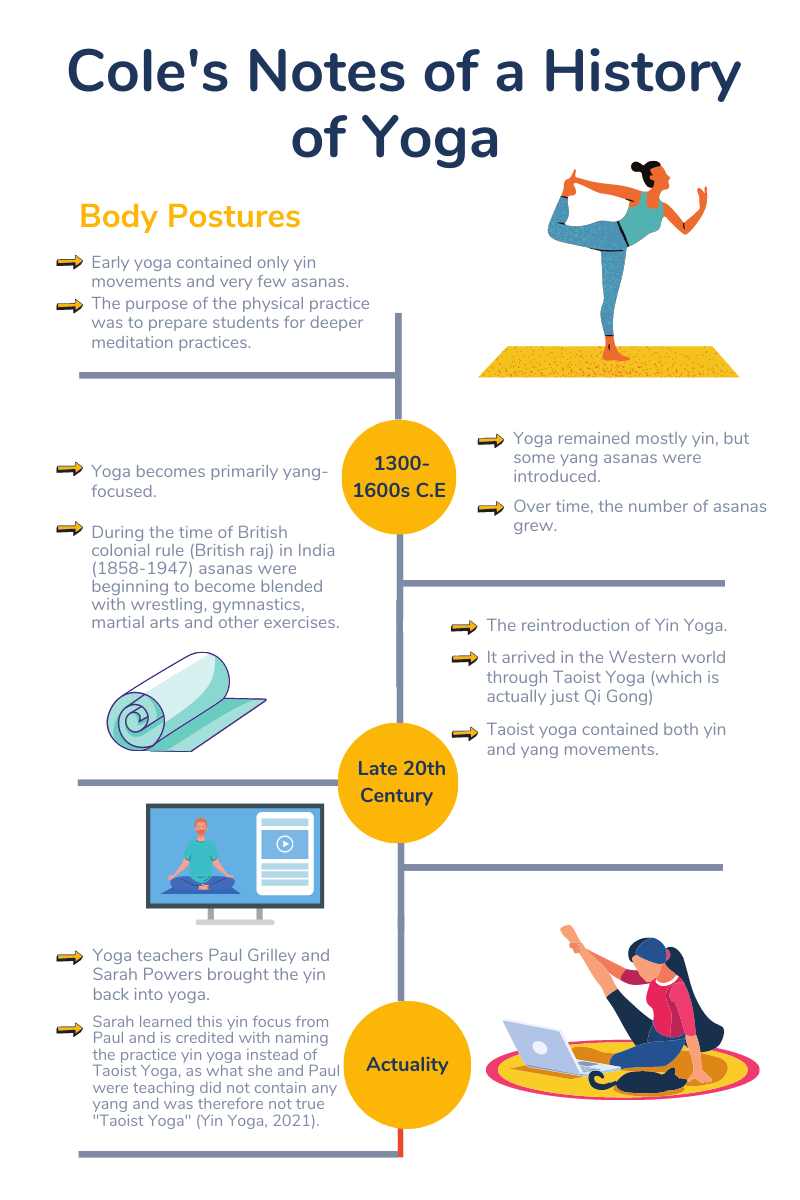 Yin Yoga is well suited as one effective option to help evoke the relaxation response, however, yin yoga is not Restorative Yoga. It is also highly effective for persistent hip, pelvis, low back and pelvic floor pain because of the targeted focus on these areas of the body.

If you would like to read up on a practice that is more restorative in nature and also used for rehab and pain, take a look at our blog,  The Yoga Couch: Take Time for Self-Care with Ginger Garner. Couches are restorative.

Today's Course Is a Resource Package

What’s Included in This Self-Paced Course?

To read more about what's included in this course or to check out the full course, follow the button below:

Please note: They are a companion series to Pelvic Health Solutions course as well as Reframe Rehab's Exercise Reframed class.

Now, On to the Goodies

We have included both the practitioner and patient videos for the frog posture, one of the nine postures discussed in this course.

This video outlines the targeted muscles, benefits, and instructional points of the posture.

The next video is the video designed to instruct and demonstrate the Frog posture, for patients to follow along. Patients can access these videos for at-home practice for each of the nine postures covered in the course.

Please note: They are a companion series to Pelvic Health Solutions course as well as Reframe Rehab's Exercise Reframed class.

A Brief History of Yoga in Greater Detail

As promised for those who wanted the slightly longer (but still brief) history of yoga, here is it:

The Era of Yang Yoga Was Upon Us

You can read more about the history of yoga re-introduction of yin yoga to the world here. 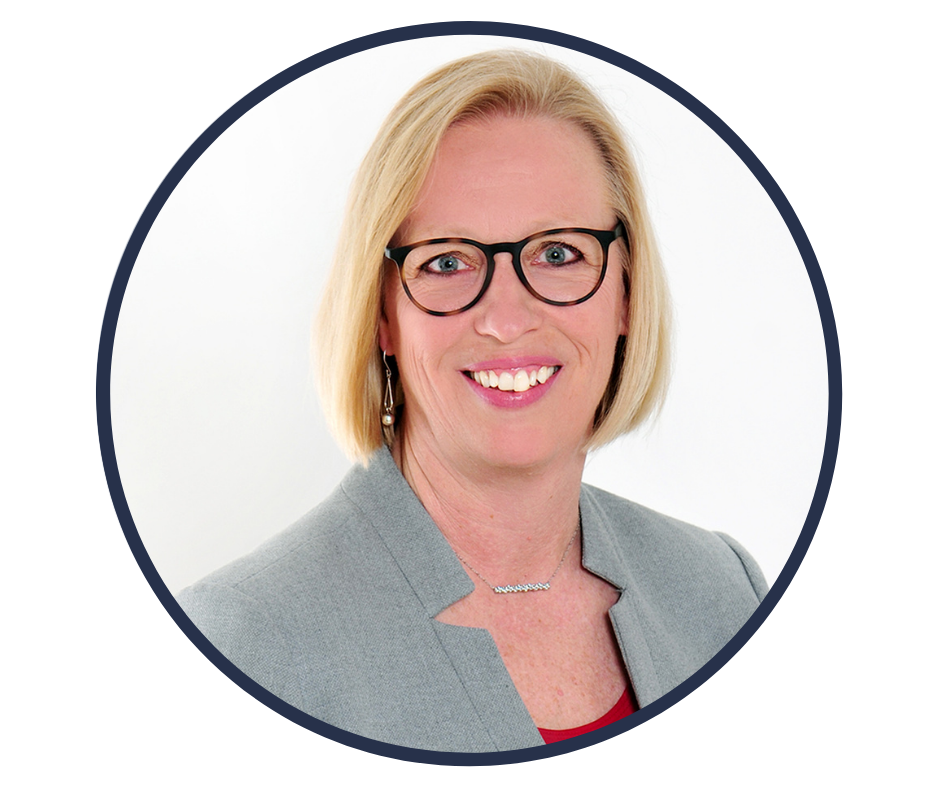 Carolyn has practiced in orthopaedics and pelvic health for the past 33 years. She is a McKenzie Credentialed physiotherapist (1999), certified in acupuncture (2002), and obtained a certificate in Cognitive Behavioural Therapy (CBT) in 2017.

Carolyn received the YWCA Woman of Distinction award (2004) and the OPA Distinguished Education Award (2015). She has been heavily involved in post-graduate pelvic health education, research in lumbopelvic pain, speaking at numerous international conferences and writing books and chapters for the past twelve years in pelvic health, orthopaedics and pain science.

Her passion is to break down the silos that we live in as clinicians. She is the Co-Founder of Reframe Rehab: www.reframerehab.com 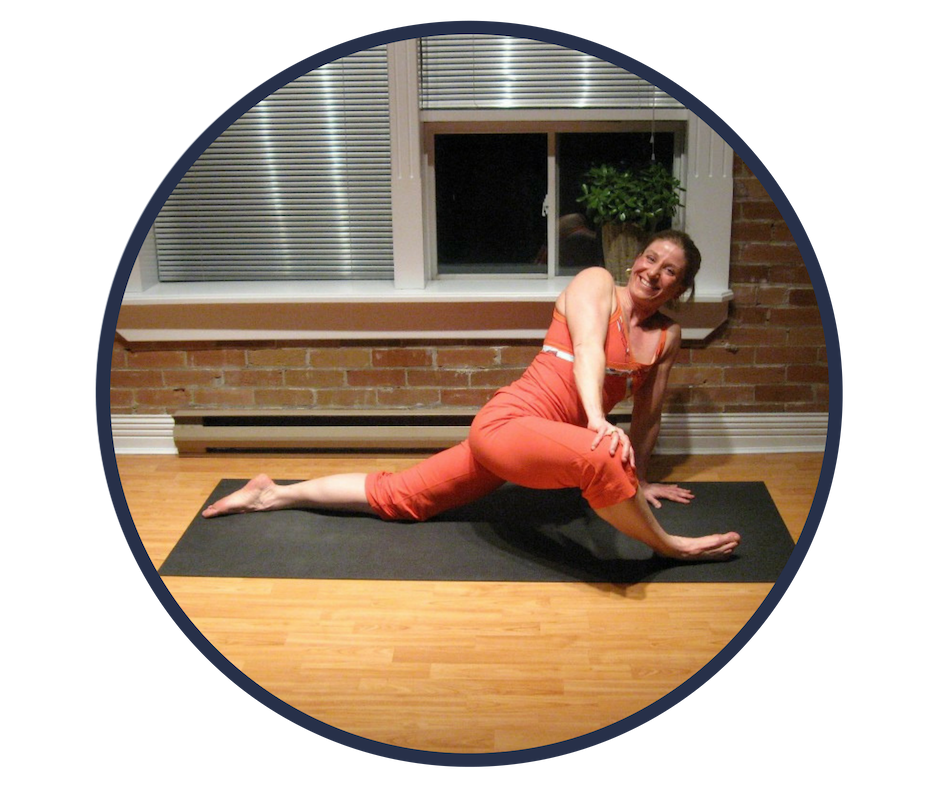 Amber practices a variety of styles of yoga, Ashtanga, Moksha and Yin. Her passion is YIN! She received her Fitness Theory Course and Group Instructors certification through the YMCA and has also attained her CPTN Yoga instructors certification. In August 2009, she had the good fortune to travelling to British Columbia and received her YIN Yoga Teacher Trainer under the guidance of Bernie Clark.