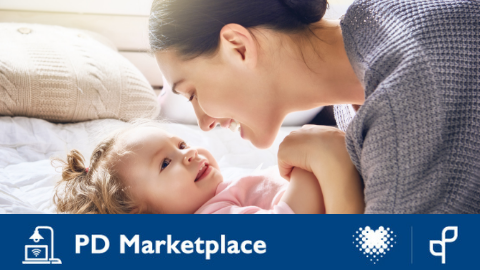 Chemotherapy-induced peripheral neuropathy (CIPN) in the pediatric population is a common occurrence with certain treatment protocols. The development of CIPN may be treatment limiting and have long term implications for the child. Detailed assessment; interpretation of data and implementation of treatment may reduce long term complications.

Present literature is inadequate in identifying which child is most likely to develop severe CIPN. There is evidence that certain ethnic populations are more at risk of developing CIPN suggesting that there may be a genetic component to the sensitivity of the nervous system.

b. Relevance to Physiotherapy Practice

CIPN treatment is limited by the nerve damage incurred. The site of the nerve damage may have implications for recovery. Identification of children with CIPN in the early stages can facilitate early intervention which may prevent long term complications.

Entry-level therapists working in either a pediatric or adult setting may benefit from this topic. Basic understanding of nerve functioning is required.

Upon completion of this online physiotherapy course participants will be able to:

Anne graduated from McGill University in 1979 with a BScPT and began her practice in a large general hospital in Edmonton, Alberta and later, various private practices in the Edmonton area. In 1989 Anne moved to Sarnia where she worked in a smaller general hospital in the outpatient and WCB clinics. She successfully completed her Manual Therapy Part A exams in 1990. She completed her MScPT at the University of Western Ontario (now Western University) in 1997 and moved to Vancouver in 1998 where she began working at BC Children’s Hospital. Shortly after the move to Vancouver she began working on the oncology/hematology/BMT unit. She is currently involved in an interprofessional research project examining “Toxicity and Genomics in Children Receiving Vincristine:  A Prospective Cohort.”

Presently she works at the University of British Columbia where she works as an Instructor and is presently the Acting Associate Head – Clinical Education and additionally in a private practice.

Anne began the Specialization process through CPA in 2011 and received her Clinical Specialist – Oncology designation at Congress 2012.

As the vital partner for the profession, the Canadian Physiotherapy Association (CPA) leads, advocates, and inspires excellence and innovation to promote health. CPA’s goal is to provide exceptional service, valuable information and connections to the profession of physiotherapy, across Canada and around the world.

Course Material included in this course