The McKenzie Method, Clearing up the Misconceptions
By: Nataliya Zlotnikov, MSc, HBSc

For many of us, that was perhaps as much training as we got on the McKenzie Method of Mechanical Diagnosis and Therapy (MDT) in our entry to practice degree programs.

This lack of information is greatly responsible for the many misconceptions surrounding MDT (The McKenzie Institute, 2022).

Today's blog aims to present the McKenzie Method and clear up common misconceptions surrounding it. 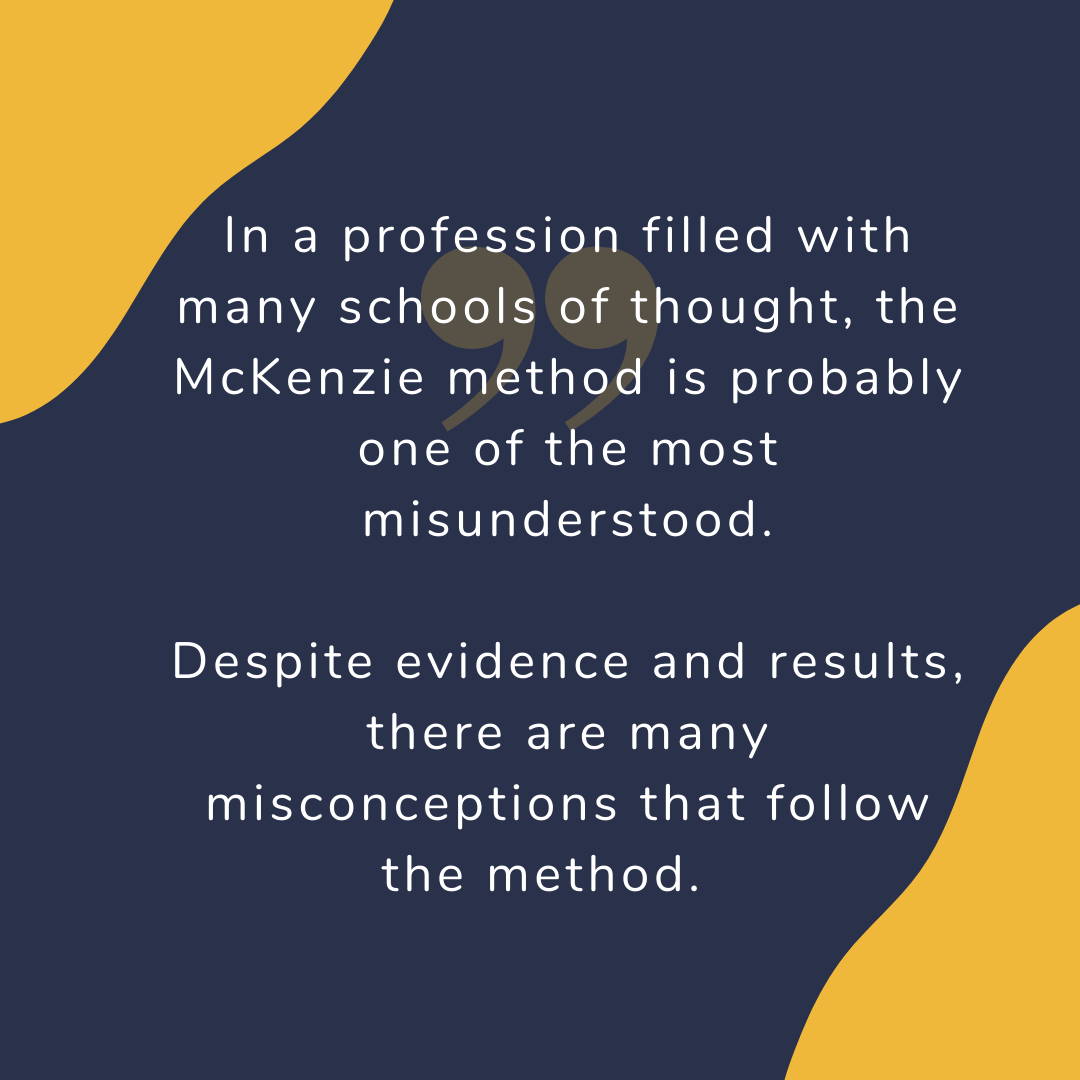 A patient with acute low back pain and sciatica was accidentally left in an extended position, considered medically dangerous at the time. The pain left the patient's left leg, centralized in his low back, was reduced, and then disappeared entirely (The Original McKenzie, 2020). 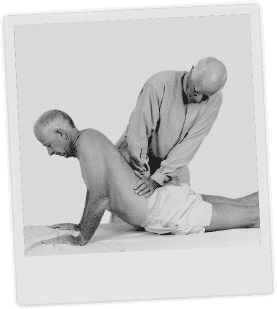 This chance observation led to the systematic research and analysis that would result in the development of the McKenzie Method (The Original McKenzie, 2020).

Simply put, the McKenzie Method is a classification system that allows practitioners to objectively, systematically and accurately assess, categorize, and treat patients, empowering and enabling them to self-manage their conditions.

MDT categorizes patient complaints not on an anatomical basis but based on subgroups by the patient clinical presentation (Physiopedia, 2022). Furthermore, exercise is not used to strengthen muscles but to promote rapid symptom relief (Machado et al., 2010).

The reliability of the McKenzie classification has been confirmed by many researchers (Physiopedia, 2022).

What Physical Therapy Clinicians Need to Know About the McKenzie Method

As the patient performs each of these, the clinician records whether there is a directional preference or centralization, as opposed to peripheralization, of pain. Based on the results, the patient is categorized and a treatment plan is suggested (Liss et al., 2008).

Centralization is defined as pain moving from a distal to a more proximal location in response to directionally specific movements. If the appropriate movement is continued, the pain retreats to the midline of the spine (McKenzie Institute, ND).

Patients with mechanical presentations are further classified into the 3 following syndromes:

Patients with serious pathologies, non-mechanical causes, true chronic pain, etc. are classified into the Other subgroup (McKenzie Institute, ND). Chronic/persistent pain is a huge topic in physiotherapy and healthcare since it is so prevalent. There is a very good chance that you see people who have chronic or persistent pain. To learn more about this topic, check out this blog about Mike Stewart's approach to education and patient empowerment.

Example of an Exercise Used to Treat Derangement Syndrome

Below is a 1-minute video of a patient-generated rotation in flexion used to treat derangement syndrome:

"The McKenzie approach emphasizes education and active patient involvement. Patients are encouraged to treat themselves. For this reason, patient-generated forces are used as a first resource. Where these forces are insufficient they are supplemented by clinician-generated forces, such as mobilization" (McKenzie Institute, ND).

Unlike other exercises for treating pain meant for muscle strengthening, stability, and restoring range of motion, the McKenzie method exercises are meant to directly diminish or even eliminate the patients' symptoms (Physiopedia, 2022).

Once the patient has learned to treat themselves using specific movements and postures, the same procedures can be used to prevent recurrence. 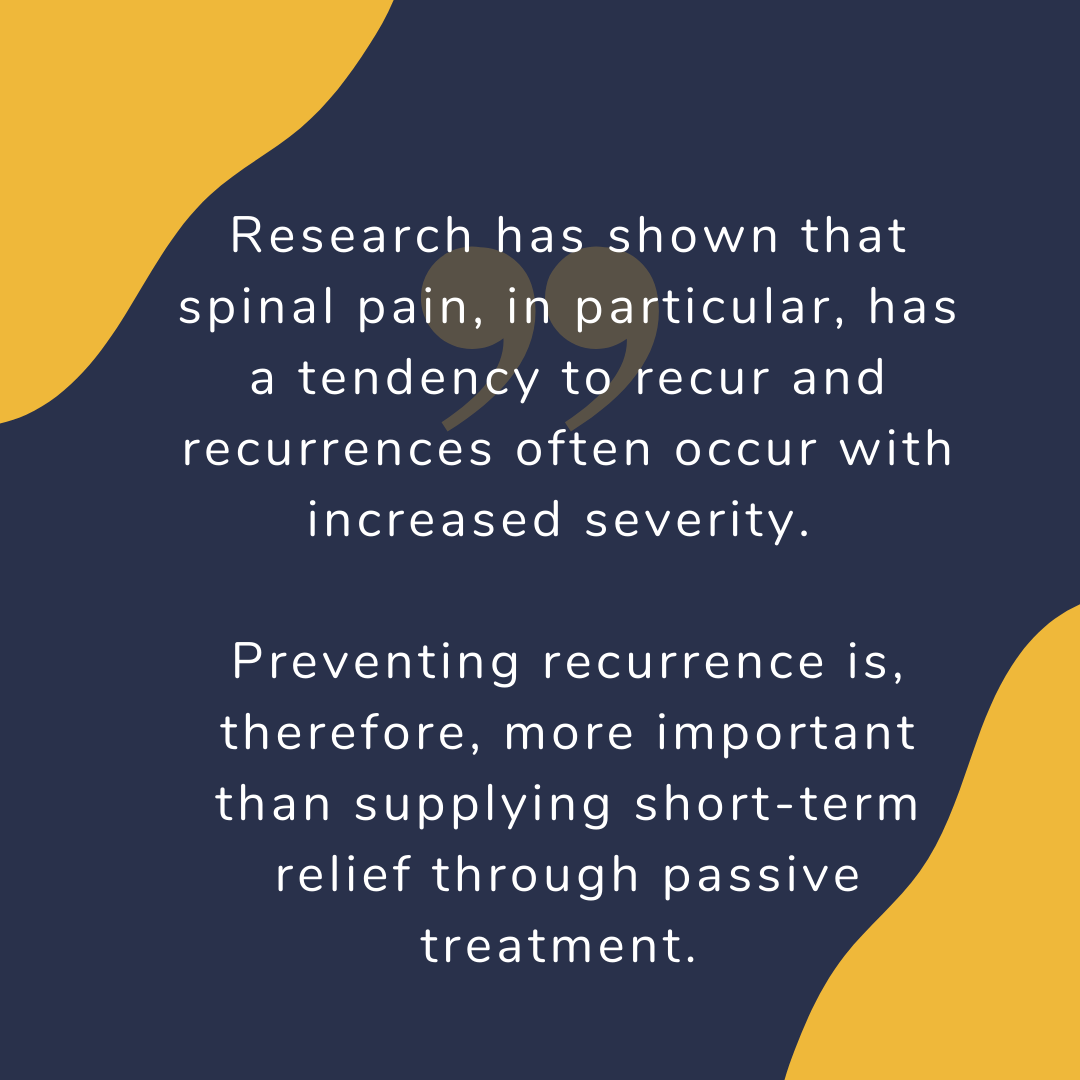 The McKenzie assessment forms are being added to Embodia. All clinicians with a Tier 3 membership for EMR and Practice Management will be able to use the McKenzie forms directly on Embodia.

1. Is MDT just some exercises?

No, exercises are important but MDT is an assessment and problem-solving paradigm.

2. Is the Method only about derangements/mechanical pain?

Although very common, Derangement syndrome is not the only syndrome in MDT. The other two syndromes - Contractile or Articular Dysfunction and Postural syndrome are important clinical entities.

Static positioning and mid-range movements are all part of the spectrum of force progressions.

4. Is it all just extension exercises?

Although a common treatment recommendation, all planes of movement are considered in both assessment and treatment. The direction of exercise utilized in treatment is dependent on the symptomatic and mechanical response to repeated movements or sustained positions during the assessment process.

5. Is it just about the intervertebral disc?

While the disc model is a useful way of explaining Derangement in the spine, the actual source of most low back pain is not known. Moreover, MDT is not reliant on a pathoanatomical diagnosis but is based around a sound research-proven classification system.

6. Can you only treat the spine using MDT?

No, The McKenzie Method is a reliable assessment process intended for all musculoskeletal problems, including pain in the back, neck and extremities, as well as issues associated with sciatica, sacroiliac joint pain, arthritis, degenerative disc disease, muscle spasms, and intermittent numbness in hands or feet.

7. Is it backed by any research?

8. Does the McKenzie Method work for telehealth?

Yes, the McKenzie method works for telerehab. Take a look at this webinar from the McKenzie Institute, MDT and Telehealth.

9. Why does MDT stand out compared to other approaches?

MDT stands out compared to other approaches because it is active and education-based, reduces pain quickly, and allows for objective assessment; assessment will not vary from one MDT practitioner to the next.

10. Exercise progressions for the method?

Disclaimer: The views expressed in this blog are our own and this content is not reviewed to express the views of the McKenzie Institute.